I have to admit that I was absolutely ecstatic when my wife suggested this as a trip when we went to Jamaica. Mostly because I had read the fine print that she obviously ignored.

This excursion is a bus ride to the middle of nowhere, followed by trekking up a waterfall (hiking up said waterfall. About 900 feet, but straight up, and in water).

I was on board from word go. The wife, on the other hand, became less excited with every passing second. Our marriage was at it’s strongest when this photo was taken: 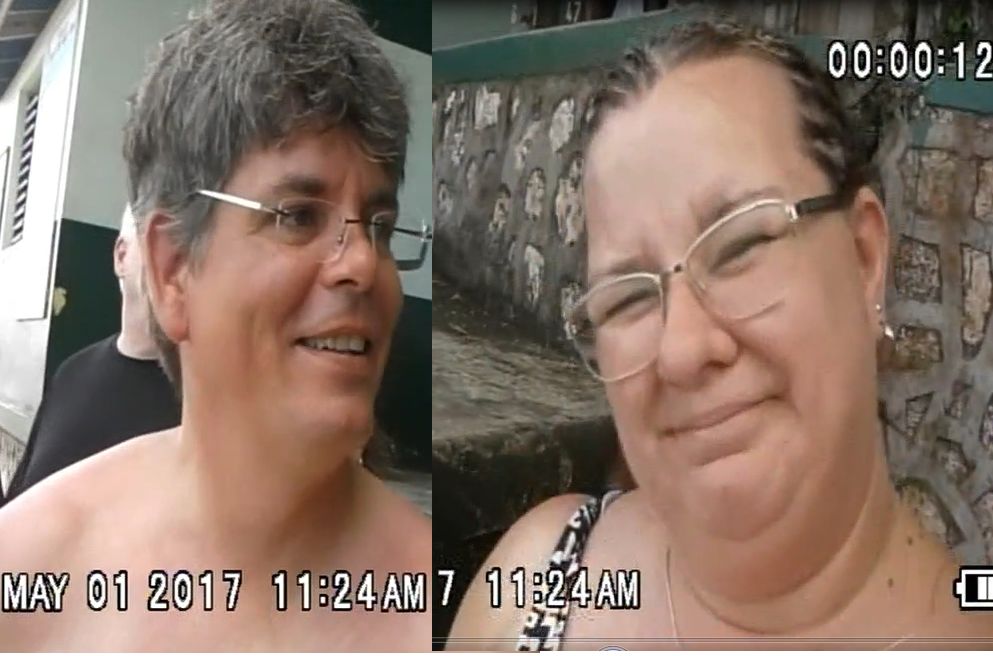 That photo, incidentally, was taken just before she realized that we were about to march up a waterfall.

The first stretch of the climb is pictured here: 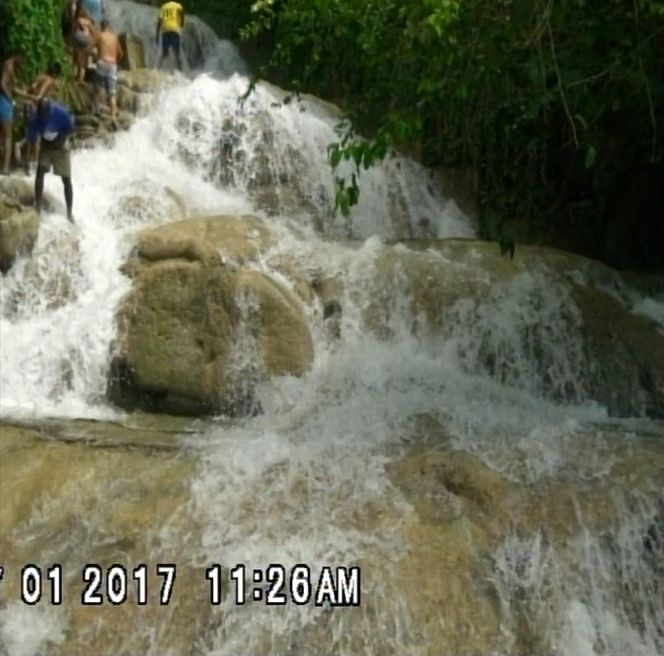 If you’re searching for the word, I will throw it in here: terrifying. There is something about the natural beauty of waterfalls that allows you to forget that they are nature -in its purest form- flexing some muscle. When you stand at the bottom of said waterfall, knowing you have to climb it, you remember that nature has won EVERY battle against man. But, with the liberal application of Red Stripe, anything is possible.

But that’s just the one stretch, right? Nope. It got harder every time. The second run was way more vertical (and terrifying) than the first.

I had a bit of a frog in my throat before we tackled this leg of the climb. But, having been married as long as we have, Dani and I found a way to suppress those emotions. We made our way up this section of the waterfall hand-in-hand (with terror lurking in the background) but we made it.

What you don’t see in the still images is that we lost (I think) four members from our group along the way. They didn’t die or anything, but they had to bail along the climb because they simply couldn’t do it. There were some real (and not trivial) health conditions which struck the members from our group, but the group which reached the top of the falls was not the same group that started at the bottom. All I know is that the group that ultimately crested the falls was not the group we started with. But we soldiered on.

By the bridge, we had definitely lost at least four or five from our group. I don’t blame them at all. This hike was hard as fuck. The wife and I made it though, with thumbs up and bitching sun burns to prove it! 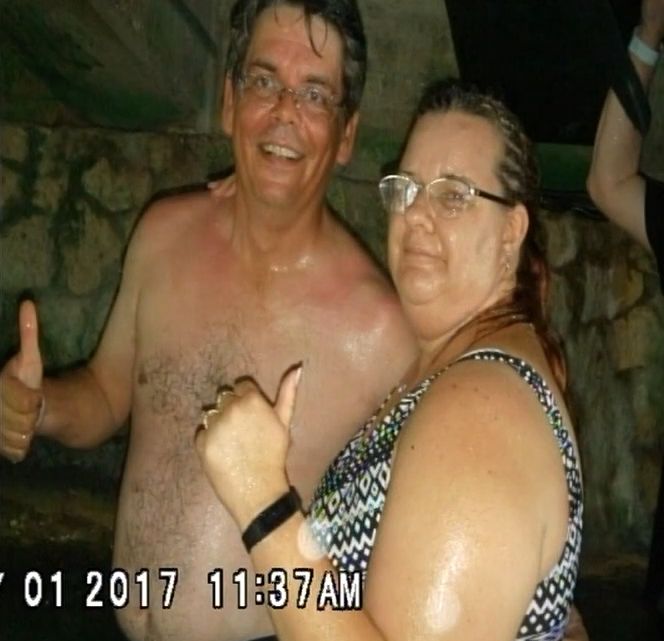 Unfortunately, the biggest (and theoretically most frightening) part of the climb was yet to come. Our group was down a few guys (who had exited safely in jump-out points along the way). We still soldiered on. This leg of the climb is, sadly, not pictured. It did, however, force me to flip on my ‘guy switch’. I took a step up the waterfall, then went back to help all the women up the waterfall, then went back to join the wife. By the end of this portion, I had at least four women reaching for my hand on every step. This was all about trying to preserve what was left of the group. We can all make it!

But, as we near the top, the cameraman asks us to pose as we fall backwards into the water. Dani is … less on board than me… Victory is in our sights, so we may as well let loose. 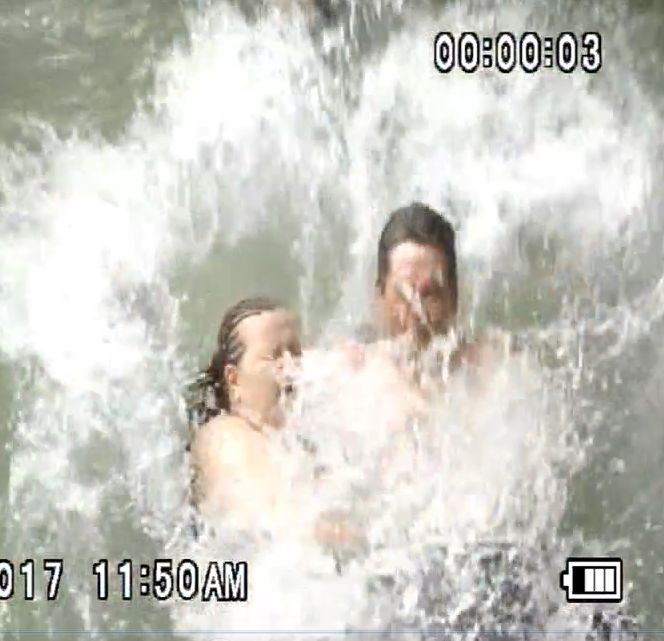 After about an hour on that river (waterfall) we have both helped numerous other people who also wanted to grasp the … what … knowledge that they climbed the falls.

I guess what it all comes down to is this: You either can or can’t. We made it through, and did our best to help others along the way, but not everyone is wired for success. 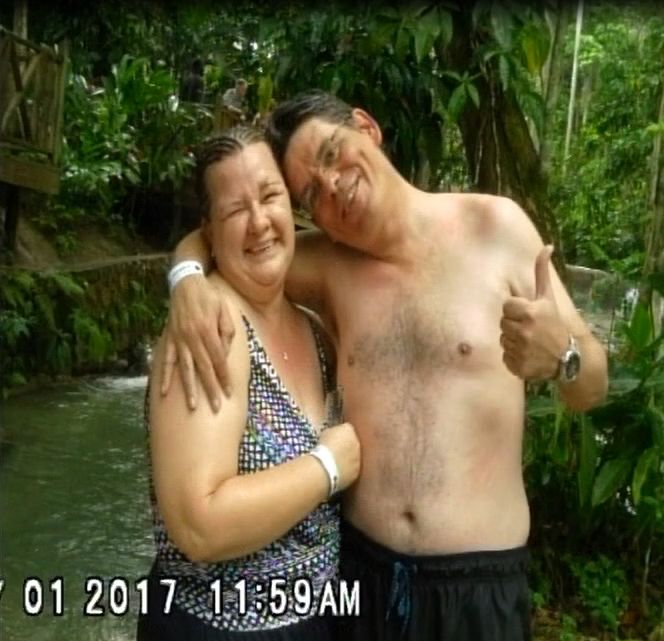 Big smiles and success. We beat that waterfall’s ass! And we will continue kicking ass for all of time…